THE FIRE SPRING YANAR BULAG (which literally translates to “burning spring”), close to the city of Astara in southern Azerbaijan, is an unusual spring which fascinatingly combines the two elements fire and water.

The phenomenon starts simply enough. Water comes gurgling from a metal stand-pipe inside a small pavilion, not looking particularly unusual. But when a lighter or another ignition source is touched to the water, the liquid itself will be set ablaze. This unique and entertaining property of the water is due to its uniquely high methane content..

Despite the methane in the water, water from the spring is said by locals to have remedial properties. People come from all over the region to collect water from the spring. Similarly, for tourists it has become almost a rite of passage to take a mouthful of the water while the top of the pipe is being set ablaze. 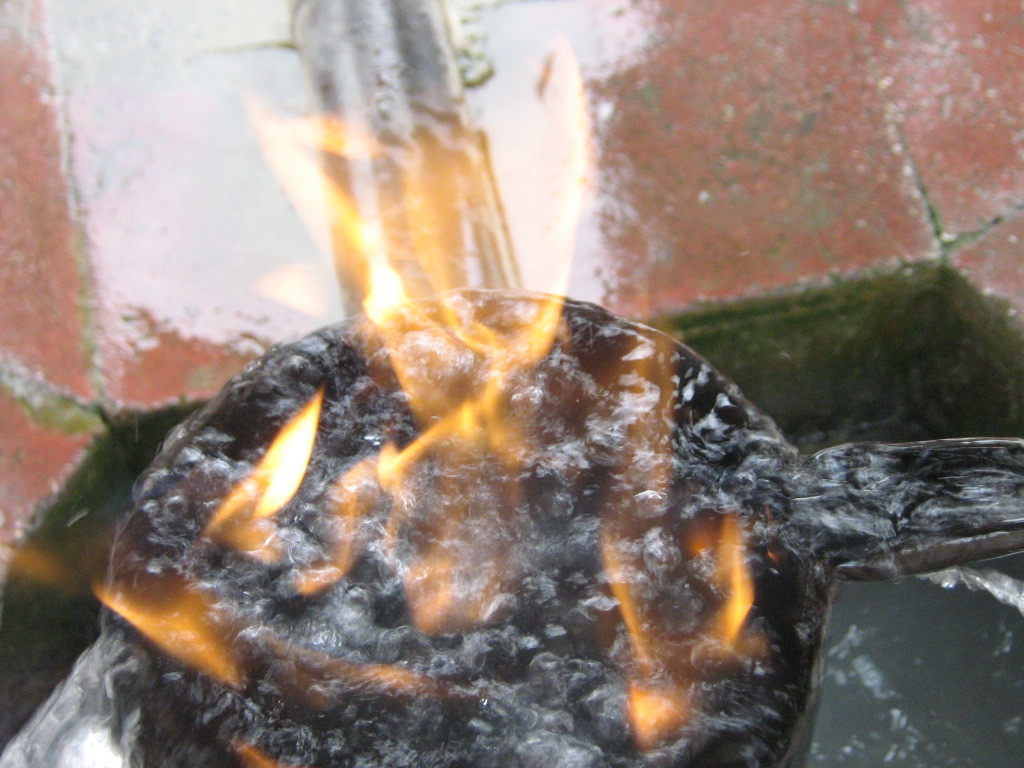 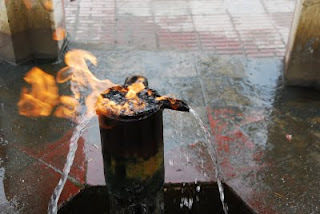 The fire spring is but one of many weird sites in Azerbaijan that can be attributed to the country’s high gas and oil reserves. Aside from being a quirky attraction, the fire spring also evokes the spririt of Zoroastrianism, a religion in which fire and water are considered agents of ritual purity.

Today, Zoroastrianism no longer exists in the country, but it was in this region that the religion was founded 2,000 years ago. Perhaps this is not surprising, considering these unusual and fascinating local phenomena. Hirkan National Park (Azerbaijani: Hirkan Milli Parkı) — is a national park of Azerbaijan. It was established by the decree of the President of Azerbaijan Ilham Aliyev, in an area in Lankaran Rayon and Astara Rayon administrative districts on February 9, 2004 on the basis of the former "Hirkan State Reserve" which it superseded, on a surface area of 29,760 hectares (297.6 km2). It was enlarged by presidential decree on April 23, 2008 from 29,760 hectares (297.6 km2) to 40,358 hectares (403.58 km2).

The area of Hirkan National Park is 99% covered by forests in a primarily mountainous region, and is strictly protected. It constitutes one of the largest contiguous forests in Azerbaijan, which is not interrupted by any settlement or pasture.

The Hirkan National Park protects the humid subtropical and humid temperate forests in the area of the Lenkoran Lowland and the Talysh Mountains, sheltering many endemic plant and animal species.

The ecosystem of the Hirkan National Park, belongs to the Caspian Hyrcanian (Girkan) mixed forests ecoregion, an area of lush deciduous broadleaved lowland and montane forests (subtropical and temperate rainforests) that completely cover the Talysh Mountains and partially cover the Lankaran Lowland.

Today, a modern residential complex with two-story houses is built along the coast. Opposite of them is a new Astara Boulevard, stretching for one kilometre along the coast of the Caspian Sea. Entertainment is not inferior to Baku. You can find the fountains, artificial waterfalls, a fitness area and children's attractions here. After the park, there is an area for a beach holiday.

In the air of the southern gate of Azerbaijan - Astara, you will smell the lemons and oranges. Here, the local fish is cooked in a special way, and Astarian tea is brewed deliciously. A subtropical climate allows you to enjoy warm days until late autumn.